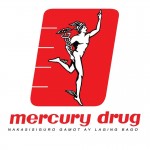 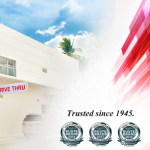 
0 Reviews
Write a Review
This Company has no reviews. Be the first to share your experiences!

Location map
Show Map
Expand Map
PEOPLE SUPPORT CENTER AMORSOLO STREET, Makati City, Metro Manila, Philippines Get Directions
Description
Mercury Drug is more than just a pharmacy - it is the country's trusted and caring health and wellness partner, providing the widest range of branded and generic medicines, as well as a complete line of healthcare and personal care products, including medical devices, and basic everyday needs. Through the years, Mercury Drug has opened store after store all over the Philippines to bring medicines within easy reach of its customers. Today, it has grown into a vast network of more than 1,000 stores nationwide with over 14,000 employees, who are continuously trained on product knowledge and customer service, to ensure that customers "have what you want, when you want it, where you want it, how you want it."

Mercury Drug began from a bottle of sulfathiazole, which was considered a wonder drug after the war.

It was 1945, and Manila had just been liberated from the Japanese occupation. The city was devastated and medicines were scarce and expensive. Mariano Que, who worked in a drugstore before the war, saw the need. He went to Bambang St., Manila, where the action was then, on advice of a friend, and saw a peddler selling sulfathiazole there. He recognized it as the 'wonder drug' believed to cure all diseases. Seeing a 'W' on the tablets, he knew it was the genuine sulfathiazole. He tried to buy a bottle for P100, the only money in his pocket.